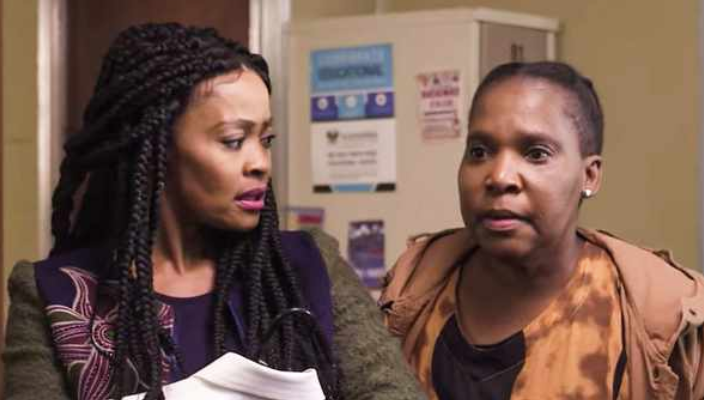 They say you can force a donkey to the river but you can never force it to drink water. Sometimes parents should just let their children learn in hard ways because sometimes talking doesn’t help at all. You can talk and reprimand as many times as you can but ended up unheard.

We all know that the South African law doesn’t approve an old man being in a relationship with a school girl who is below the age of 16. Well, a case of rape was laid against Mr. Leballo and Sbongile has been asked to testify against him. She promised to her mother Zodwa character played by the award-winning actress Sana Mchunu that she won’t omit anything, she is going to drag Mr. Leballo down when testifying to ensure that he rots in jail.

History is going to repeat itself as Sbongile going to be kicked out the house by Zodwa. However, this time around it’s going to be difficult for her to get helped. I think after Mr. Leballo won the case, he’s going to turn against Sbongile.

Gomora air on Mzansi Magic from Mondays to Fridays at 19h30.

Farewell Message Pour In For Celia Magongwa Who Is Leaving Skeem Saam
Coming Up On Skeem Saam: Soapie Teasers For 4-8 July 2022
To Top