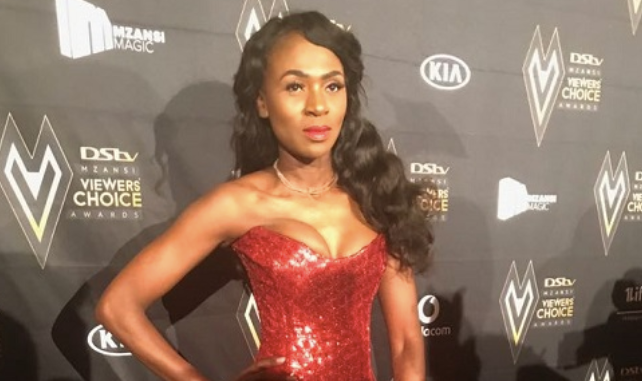 Shoki Mmola (born August 10, 1977) is a South African actress. She is famous for her acting role of Celia Kunutu the mother and stepmother of Rachel Kunutu and Nimrod Kunutu respectively in the soap Skeem Saam. Shoki was born in Tzaneen. She attended Prudens Secondary school and further her studies at Tampere University of Technology 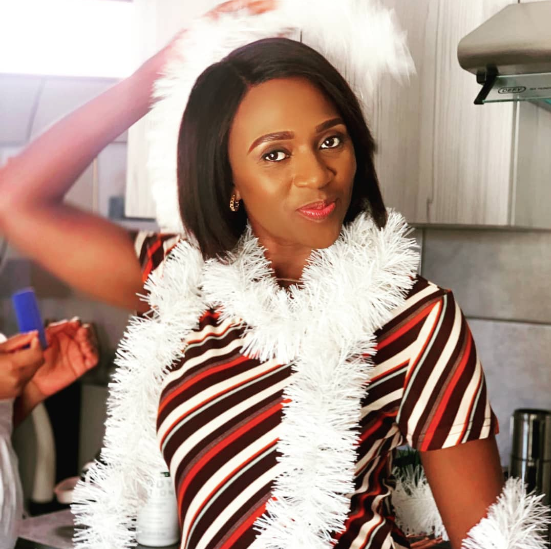 Those who have watched Shoki Mmola on one of Mzansi’s longest-running and most beloved soap operas, Skeem Saam, for the past decade will be sad to hear that she is departing the program after so many years. 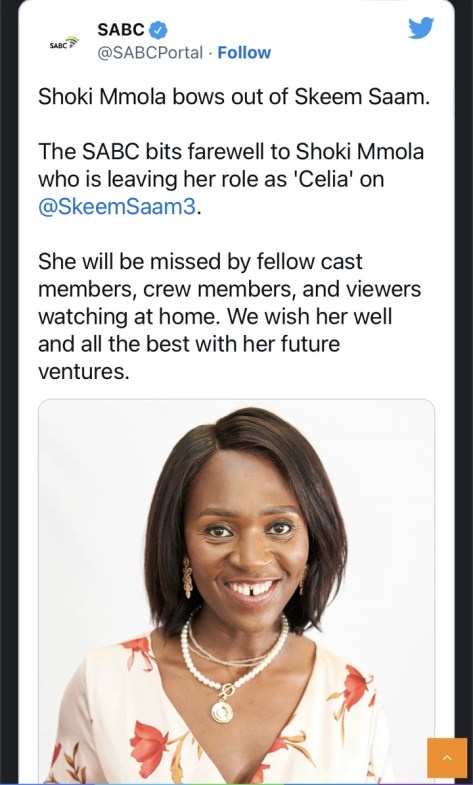 Shoki played Alfred Magongwa’s wife Celia while Putla Sehlapelo represented him. Her acting skills were so brilliant that spectators were on the edge of their seats the whole performance. Fans of the show constantly praised her acting skills on Twitter, but she is no longer featured in the series.

The SABC has published a statement saying that Mmola will not be returning for the upcoming season, which will kick off on July 4, 2022. It is currently unclear why she left the show.

For the past decade, Mmola has portrayed the character of Celia on the TV show Skeem Saam. She has become one of the show’s main actresses in that period, which has helped the show thrive for ten years. She has been working in television for a staggering 26 years. “Mmola has done a wonderful job portraying the character of ‘Celia,’ by continually keeping fans amused,” reads the statement.

Skeem saam airs on SABC1 from Mondays to Fridays

Cute Pics: Skeem Saam Actor Paxton and Lewatle Dating In Real Life
MR. LEballo Is Coming Back On Gomora: Here’s What He’s Going To Do To Sibongile
To Top