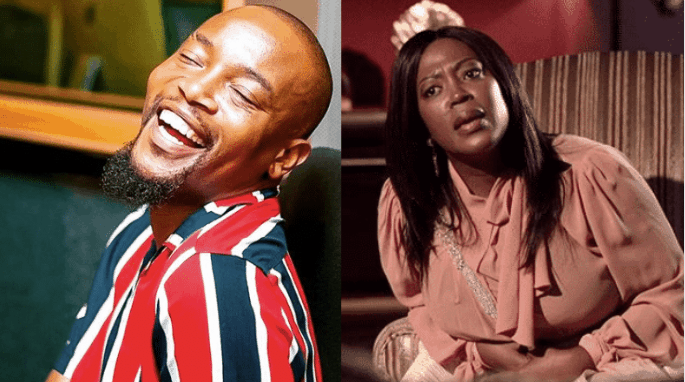 The video below gives you a summary of actors who left Mzansi Magic The Queen. Most of the actors left the Queen since Season1, and we all miss them so much. However, last month there was a dramatic twist as SK Khoza made a dramatic return after his character was initially killed off. Could there be other actors who will be returning to the popular mzansi magic drama? Let’s wait and see. Read on to find out about the actors who left The Queen Mzansi Magic.

She was mzansi’s most loved, Chuene joined the cast of The Queen as TGom, a very religious and gun-toting woman who would do anything to save her family and friends.

Chuene would often trend on social media as The Queen viewers discussed her portrayal of the character which was passionate.

In October 2019, the veteran actress Vatiswa Ndara who exposed the founders of Ferguson Films, Connie and Shona Ferguson, for allegedly paying low salaries in their productions, Chuene sided with Ndara and apparently this was said to be the reason why she was fired from the show.

Yes, TGOM’s stint on #TheQueenMzansi has come to an end. Unfortunately, I won’t be getting into details as advised by my legal team. I still have to finish shooting and I’m hoping to execute as excellently, exceptionally and professionally as I always have. #TGOMNATION forever❤️

While Motsoaledi’s character, Mmabatho revolved around SK Khoza who made his exit towards the end of 2019.

Mkangisa’s star was on the rise when she joined the popular show. She had grown from her childhood star persona and was carving a name for herself as an actress.

However, her role as Akhona on The Queen was axed for an embarrassing drunk-driving incident in May 2019 which saw a video of her intoxicated and getting arrested going viral on social media.

As Prince, the assistant to the main character, Harriet Khoza – Moshe Ndiki brought some spice to the show. From love triangles to getting shot by the partner of his lover, his character brought some life to The Queen.

However, he left the drama under uncertain circumstances at the end of 2019 with rumours that his contract was not renewed.

#TheQueenMzansi level they don’t even care abt us the viewers, it was Moshe Ndiki, Shaka n now TGom all fired cause of politics, can we boycott this telenovela until they get no contract for new season like that Useless The Throne ? #TheQueenMzansi

In her role as Martha, Kula played a fixed role as a supporting actress, She often had dynamic dialogues and emotional scenes with Zenande Mfenyane and Rami Chuene who play Goodness and Gracious Mabuza. She surprisingly left the drama in June 2019 after her contract ended and was not renewed.

About her exit, Kula told Drum magazine that it was an amicable separation.

“I must say I’m gonna miss playing Martha, I really enjoyed her. What a journey it has been. Will forever be grateful for the opportunity,” she further expanded on Instagram.

Learn more about Actors who left The Queen on The video Below: