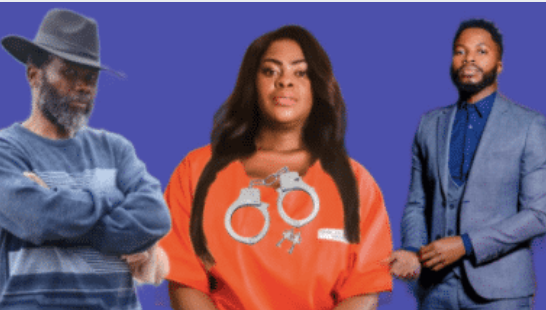 Uzalo followers were devastated after learning that the leading actress, Dawn Thandeka King who plays the role of Mangcobo on Uzalo will no longer be part of the show.

You may also like: Get To Know Thandiwe From Diep City Played By Thandeka Dawn King

Dawn Thandeka King is well known for her great and amazing role as Lindiwe aka MaNgcobo, on Uzalo, and the actress will be leaving the show and the fans are really not happy about this. Mageba and his crew want to kill Mangcobo since she wants to steal their work with Raphael, and Nkunzi does not know anything about her plans.

Nkunzi married Mangcobo thinking that she will change and Start doing the right things, but Mangcobo already promised Raphael that she will do the job very well and Raphael paid her deposit, which means it will be trouble if she fails.

Detective Mpambani wants to see Mangcobo in jail. Remember, he is working with Lilly and Mondli to make sure that Mangcobo is going to jail.

Also, Detective Mpambani tried before but he noticed that they were just trying to make them fools, so he not willing to give up until he arrests Mangcobo.

The mission was good is it’s just that the security guard wanted to sell them out. This is because he promised detective Mpambani that he will tell him the day they will do a heist.

This became true as he told detective Mpambani. The real thing now is that Nkunzi will be shocked for what will happen for Mangcobo because he didn’t know anything about Mangcobo’s plan, she couldn’t tell him.

Let’s continue watching Uzalo tonight to see all this being revealed.

Coming up On Uzalo

As one heist succeeds, anarchy erupts at the other. Nkunzi’s concerns around MaNgcobo’s whereabouts mount and Nosipho dishes out warnings to all the Panelbeaters.

Sibonelo is caught in the crossfire of MaNgcobo’s plan. Mxolisi hijacks the police chopper. MaMlambo refuses to partner up with Mr. Mbatha to resurrect KKC.

Mageba and crew find themselves fighting a battle they didn’t envisage. Sbu’s life hangs in the balance.

The Mhlongo family loses their matriarch. Mpambani cannot fathom how the police impound got hit and Mzwezwe catches on to Screwdriver’s shenanigans.

Zekhethelo struggles to raise the money needed for her au pair job overseas. Nosipho announces that the Hairstyle competition is back on but Fikile doesn’t share in the excitement.

Nkunzi prepares for war. KKC is not available when KwaMashu needs it the most. There’s mayhem at the salon.

Premiere episodes of Uzalo air on SABC1 from Mondays to Fridays at 20h30.

Breaking News: Guess Who is Back On Uzalo and What’s Coming Up Tomorrow
Diep City 20 April 2021 Full Episode Youtube Video
To Top