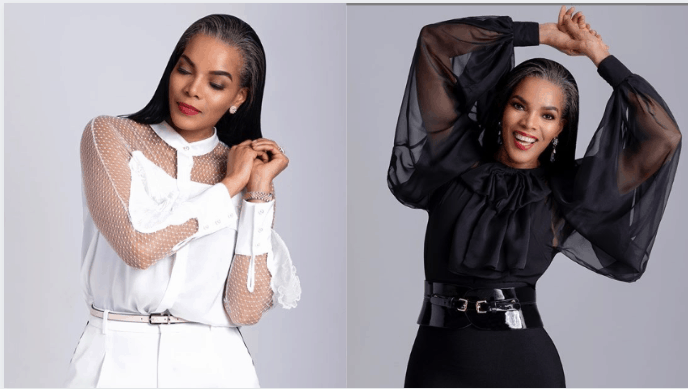 Harriet From The Queen

Harriet Mathapelo Khoza on The Queen is played by Connie Ferguson. Harriet the queen whose real name, is Connie Ferguson, is a South African actress, film-maker, producer and businesswoman in real life. She is also well known for her Karabo Moroka main role on South Africa’s most popular Soap Opera, Generations. She starred on the show from its start in 1994 until she exited in 2010.

You may also like:10 Must-See Photos of Harriet From The Queen Slaying In 2020

On The Queen, Harriet is the wife of Mzi Khoza and mother of Kea and Kagiso. Most importantly, she is also the matriarch of the Khoza family. She loves her children and will do anything to protect them. She also had a brief affair with the drug dealers, on the show. Harriet and Brutus are the leaders of “The Big 5”, which is a group consisting of the biggest drug dealers in Gauteng.

Harriet From The Queen In Real Life

Moms, I will never stop loving you. Never stop missing you. I cherish all the memories I have of you. Sometimes your physical absence still doesn’t feel real. Sometimes I think it’s all a dream, that I’ll wake up to a text message from you first thing in the morning. Those were my favorite!😇❤️ I especially miss you today, the day you departed this earth for heaven. I believe with all my being that you have been most present in your absence, that you are advocating for us on the other side, cheering us on and celebrating our successes. I learnt unconditional love from you. It’s a legacy I carry proudly in my heart, knowing that you are and will always be there. Continue resting in eternal peace mommy. I’m thinking about you.😇💐💐💐❤️❤️❤️