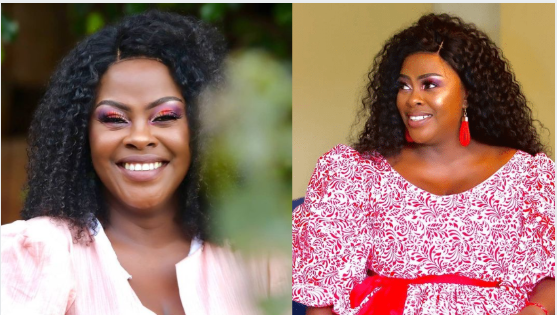 Thandeka Dawn King was born on 1 October 1977, in Eshowe, KwaZulu-Natal, South African actors. The actor became famous for playing the role of Mangcobo on Uzalo, an SABC 1 series.

You may also like:10 Interesting Facts About Nonka from Uzalo Played By Thuthuka Mthembu

Real Facts About Mangcobo From Uzalo

Who is Thandeka Dawn King husband?

The actress, who plays the character of MaNgcobo on the SABC 1’s most loved drama show, Uzalo, recently opened up about her divorce from her husband of 15 years.

The couple had decided to end their union 2 years ago due to long-distance (among other reasons) and although she had stated that she is not in a hurry to fall in love again, the love bug has bitten the actress and she is happy.

The star’s new man, who is an industry colleague is Mlungisi Ndebele. The couple was spotted this past weekend during fellow actress Baby Cele and her husband Thabo Moloka’s members and they were wearing matching outfits. A ring on Dawn’s right finger and one on her bae’s wedding finger could not be ignored.

Dawn Thandeka King is well known for her irreplaceable role as Lindiwe aka MaNgcobo, on Uzalo, and the actress will be leaving a gaping hole in the show.

After news about her departure spread, the actress revealed that she left Uzalo because she wanted to grow in her profession.