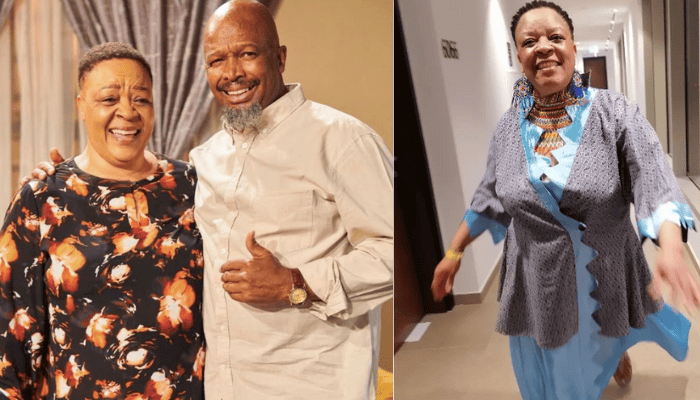 Elizabeth Serunye is a South African actress and voice-over artist best known for playing Principal Thobakgale in Skeem Saam. Elizabeth got her breakthrough in 2006 with a role in Soul City. She has also appeared on Home Affairs, City Sesla, Death of a Queen, Africa United, and Skin.

Elizabeth Serunye was a lead singer in her school choir. After high school, she however decided to pursue an acting career getting her breakthrough on Soul City in 2006. Elizabeth has also appeared on Home Affairs, City Sesla, Death of a Queen, Africa United, and Skin.

She is 56 years old, and the principal of Turf High. She is a good leader who is out to prove that public schools can also produce the best academic results in the country. She teaches Geography and Sepedi and she is proud of her daughter Elizabeth who is studying medicine at Wits. Thobakgale was free-spirited when she was younger and she traveled quite a bit within South Africa.

She enjoys motivating her pupils and pushing them to achieve excellent results. She often visits her pupils’ families to check the conditions under which they live. Her name is Adolphine. Her faith was tested after her beloved Elizabeth was shot while in Joburg with her boyfriend Babymaker. She has struggled to come to terms with the relationship and even has to accept that her daughter chose Babymaker over her.

Coming Up On The River Tuesday 22 November 2022
Video of The Best Skeem Saam’s Funniest Episode,Remember This?
To Top