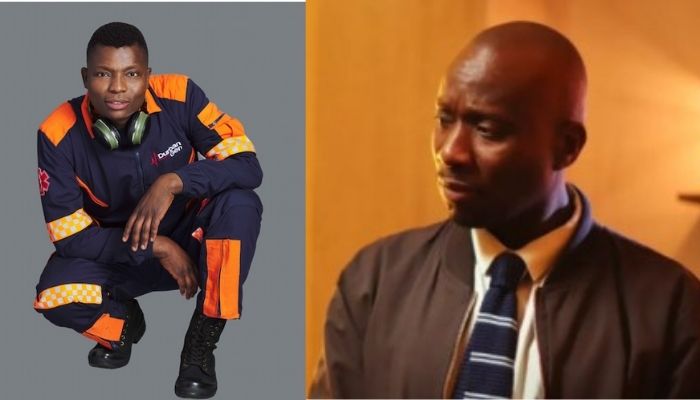 Cebolenkosi Mthembu is a South African actor best known for his role as Detective Nyawo on the SABC1 soapie Uzalo. He is also an electrician, a singer, and a radio presenter on Durban community station Imbokodo FM. His first appearance on Uzalo was in December 2016, during the second season of the show. Fans of Uzalo’s Detective Nyawo should expect to see him on  Durban Gen.

Rumour says Detective Nyawo from Uzalo will be joining the ETV Durban Gen as a worker at the hospital. The anonymous source has also stated that Nyawo will make his appearance for two weeks on the Durban General Hospital show.

He will reunite with MacGyver and apparently this time he has an upper hand on him.

Premiere episodes of Durban Gen air on e.tv from Mondays to Fridays at 18h30. Episodes repeat on e.tv and extra the following day at 13h30 and 11h15 respectively. The omnibus airs on e.tv on Sundays at 10h20.

Coming up on Durban Gen This Week

Mbali proves to once again be competition for the other interns. Unemployment gets the best of Sibiya. MacGyver is smitten with his new partner in medical heroics.

Lindelani gets the bad news. Tension mounts between Phumeza and her husband. Thembi’s presence in the hospital is not welcomed by all.

Mbali attempts everything that she can think of to convince the Hlubis in saving their son’s life. Sibiya’s unemployment is a nuisance to Phumeza. Sne comes up with ways to make Thembi uncomfortable in Durban General.

Sibiya is a turn-off in bed and Mbali will stop at nothing to get blood on her hands, while Sne gets extra jealous of Thembi.

Will Mbali gets a court order overruling the Hlubi’s decision? Sibiya saves the day at Durban General and by a twist of fate, earns himself a job. Sne’s efforts at getting MacGyver’s attention backfire on her.

Check Out:Will Nosipho Go Back To Njeza After What He Did To Her?See Her
Life After Skeem Saam: This Is What Rachel Kunutu Is Up To Now
To Top