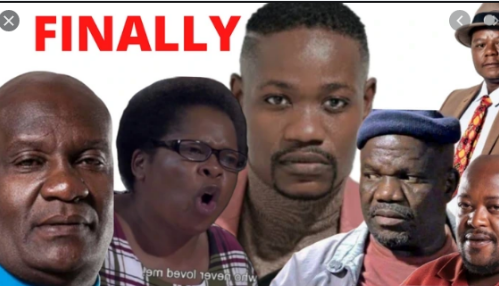 We bring you Skeem Saam Teasers June 2021 for your viewing pleasure. Anytime you want some catch-up on your favorite South African Drama TV Shows Today SA Tv. Presenting you with what’s coming up on Skeem Saam and Tv episodes free online streaming is what we do.

You may also Like: Next On Binnelanders Teasers for June 2021, Danny begins to wonder about Ruan’s mental state

The Soapie Teasers were initially provided by TVSA. This article was first published by them. This is what will be happening or What’s coming up on Skeem Saam this June 2021:

Skeem Saam is a South African soap drama created by Winnie Serite. It has been running since the 13th of October 2011 and is currently in its seventh season. Skeem Saam airs weekdays on SABC 1 at 18:30. 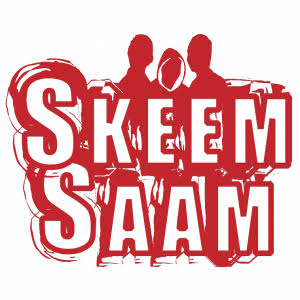 Kwaito is left to fend for himself when Leeto stops putting up with him.  Leshole turns down a tempting job offer. Evelyn is devastated when Wallet reaches a heartbreaking decision about their relationship.

Things soar in the bedroom for a certain businessman and a student. John confronts a novice clairvoyant, and is blown away by what he learns. Kwaito’s spending spree lands him in muddy waters with a raging publisher.

Charity gets a threatening message from an unknown number. Leshole feels pressured to accept a job that he dreads. Someone sells Pretty Seakamela big city dreams.

Everything that could possibly go wrong, goes wrong with Leshole and Piet’s mission. John is offended when he is confronted about Charity.

Eunice finds herself having to put out Pretty’s fires. After realising that Fanie knows about his repo involvement, Leshole considers taking drastic steps. Meikie takes John to task about his latest behaviour and jumps to unfounded conclusions.

Lehasa’s peace is threatened when he receives an unexpected visitor. Glenda is caught between pleasing MaNtuli or Kwaito. Leshole receives unexpected news that leaves him sobbing.

A video of a certain Professor leaving Charity’s household causes unimaginable problems for her. Pretty’s secret is out, and the news gets to Turf. Leshole’s fortunes take a drastically positive turn.

To get Meikie off her back, Charity has to resort to blackmailing. A reckless fling is about to end in tears. Leshole prepares for a new chapter in his life.

Lehasa receives an unexpected beatdown for insulting someone’s girl. John is shocked when MaNtuli tells her what decision she’s made about their secret. Congratulations are in order for a young Turf pilot.

Kwaito’s world comes tumbling down when he receives an unpleasant e-mail from work. Meikie nearly incriminates herself when she gets a visit from an officer of the law. Phomolo isn’t impressed by his nephew’s shenanigans.

MaNtuli confesses something to Kwaito regarding his paternity. Things go from worse to worst for Pretty when Kat puts a full stop to their chapter together. An officer of the law pays a gossipmonger a visit regarding Charity’s whereabouts.

John and Meikie are shocked when an unexpected guest shows up at dinner. Kat is a shadow of his former self after making a heartbreaking decision. Lehasa apologises to Sifiso for his actions of late.

Meikie offers MaNtuli strong words of encouragement. Candice attempts to comfort Kat. Despite his apology to Sifiso, Lehasa reverts to being strict with him.

John and MaNtuli are thrown when someone who shouldn’t hear anything, overhears everything. Kat is shocked to find an old woman at his doorstep, demanding answers. A certain principal is disheartened to learn that her daughter is still in love with a troubled boy.

Meikie refuses to believe MaNtuli and John’s explanation of their secret meetings. MaNtuli goes into hiding, fearing for her life. Lehasa forbids an employee from leaving work to go help his troubled sister.

Things go haywire when MaNtuli goes to John’s office with a DNA test kit. Sis Ouma finds herself tested by someone who needs her help. Lehasa refuses Sifiso’s request for leave.

Kwaito and John realise a truth about each other that neither will be able to deny. Mapitsi is at her wits end as her living situation intensifies. Charity returns to take action but it’s too late.

The truth reveals itself to Kwaito and hits him hard. Charity informs Kat of her decision to get the hell out of dodge.

Kwaito hurts Tbose in the worst way imaginable. Glenda finds herself as second best once again, and it hurts. Granny is shocked to learn why Charity disappeared.

The cat is finally out of the bag, and the Maputla household is ablaze. Glenda has a request for Kat that leaves him in an awkward position.

A gun goes missing. Lizzy’s concern over Kwaito escalates. Granny worries about the growing sense of unease in Turf.

Sifiso makes a demand that shocks the Maputlas to the core. Meikie draws a conclusion about who stole her gun. Mapitsi is taken aback when Tbose drops someone from their wedding.

As we all know, there is nothing more refreshing than ending your day with some favorite soapie, drama, or telenovela, and that is one of the things that watching soapie teasers try to achieve all the time.

The other nice part about it is that, with extraordinary delivery of each Skeem saam actors’ roles, even if you’re not one of the people who like television drama series, the chances are that you will definitely develop some interest in it after watching an episode. There, having the anticipation of each episode of soapie teasers Skeem saam 2021 would be a great idea.