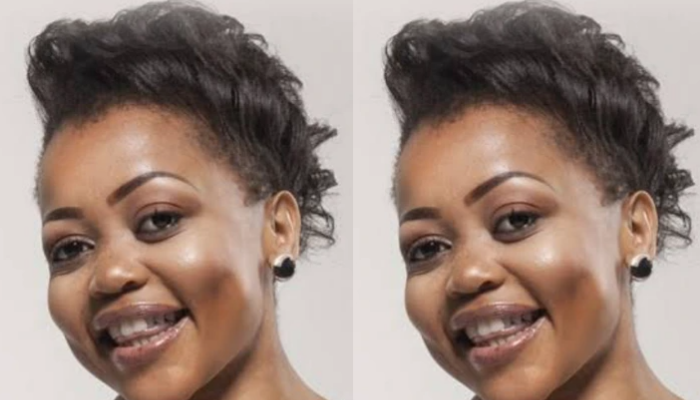 Life after ‘Skeem Saam’s Rachel: What has Lesego Marakalla been up to?

Read also: John Maputla Biography, Age, Career, Wife, Skeem Saam
Lesego was born and raised in Mpumalanga. She went to Monis Arts House in Pretoria after high school to hone her talent. Lesego has always wanted to be an actress. She started acting in high school.

People used to enjoy her character so much. Some really felt heartbroken after it was announced she would leave the show. Lesego is still active on social media. Some still have the hope that she might come back again in the near future cause anything is possible. Even though she has been on the show for a couple of years, she lives a very private life away from the public eye and there isn’t a lot of information out there about her so we have decided to compile a few facts about beauty. As mentioned, Lesego was born and raised in Mpumalanga. She went to Monis Arts House in Pretoria after High School to hone her talent.

The young Skeem Saam actress was born on the 16th of May 1993 in Mpumalanga, South Africa. This makes Lesego Marakalla’s age now is 28 years as of 2021. Lesego has always wanted to be an actress and started her acting career while she was still in high school.

She attended Monis Arts House, which is situated in Pretoria. She also focused on nurturing her acting talent and boost her success in showbiz and acting as a career. Lesego has always wanted to be an actress, she started acting at a young age. Despite being one of the most loved actresses in the world of showbiz, Marakalla is such a reserved young lady. She has successfully managed to keep her personal life private and separate from her on-screen persona.

The young actress s currently working with a foundation in Mamelodi in east Pretoria. The foundation donates school uniforms and shoes to learners in primary schools.

She would also like to try her hand in script-writing soon, but she openly proclaims acting to be her first love. How She left Skeem Saam

The educational soapie released a statement on social media in June 2020 where they confirmed her exit from the show. The statement mentioned the actress was leaving the show to focus on her studies full time.

Uzalo Nyawo Joins Durban Gen,Here Is A character He Will Play
Coming Up Next On Skeem Saam: 15-20 November 2021,Leeto Finds A Way To Spy On The Matlogas
To Top