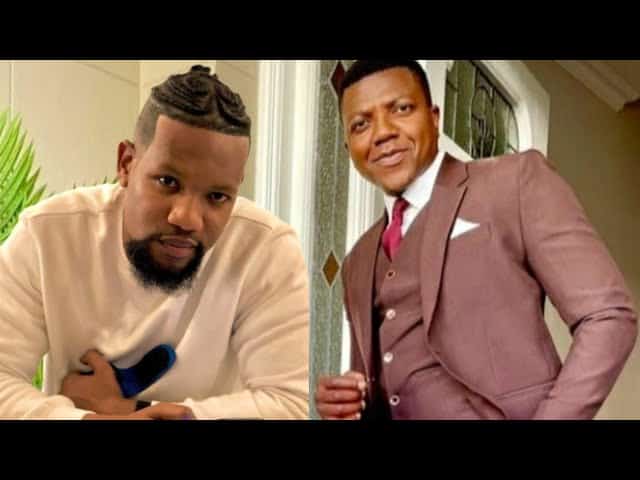 It has been reported that the producers of the e.tv soap opera Imbewu: The Seed have brought the dead back to life by reviving the role of actor Tony Kgoroge in order to bring the show’s dwindling ratings back up to acceptable levels.

Read also:Gladys From Gomora Biography: Age Career, Thembi Seete, Background In Real Life
Kgoroge, who portrayed the role of Zimele “Ngcolosi” Bhengu, left the show in 2020 after his storyline was abruptly terminated when his character passed away in the hospital after being shot. This caused a great deal of drama on the show.

It has been reported that the actor is currently back on set, shooting scenes for his highly anticipated comeback.

Tony has begun filming on set with the other actors in preparation for his return, according to a member of the crew. They were forced to bring him back because the show’s ratings haven’t been doing very well, and they knew that they couldn’t afford to let him go.

According to reports, Kgoroge quit the show because of disagreements regarding his pay. The month before last, he returned to the small screen with an appearance on an episode of The Brave Ones, which is a series that is available on Netflix.

On the other hand, the veteran actor categorically denied that he had begun shooting scenes for his return on Imbewu: The Seed.

“At this time, I am not working on any projects with Imbewu. They have not spoken to me or done anything else of the sort,” he explained.

Phindile Gwala-Ngandu, who was kicked out of the show a year ago, is reportedly going to make a comeback, according to information provided by another source.

After the show made drastic cost-cutting measures, which led to a mass exodus that saw more than 80 cast and crew members exiting within a year, the alleged return of actors is linked to a complaint by a group of KwaZulu-Natal organizations that threatened to block filming. These organizations threatened to block filming after the show made these changes.

According to a report that was published in June by City Press, the organization, which calls itself the Ethekwini District United Organisations, also complained that Imbewu: The Seed did not use proper isiZulu on the show and instead used what it termed “Gauteng lingua.”

The group expressed their dissatisfaction with the altered plot of the show as a result of the departure of the actors in a memorandum.

At the time that this article was being prepared for publication, the e.tv spokesperson, Thapelo Ramatsui, had not yet responded to the questions that had been asked.

Is Nkululeko also coming back? The following is a description of what took place in Nkululeko a few months ago:

I’d like to express my gratitude to the production for providing me with the chance and the stage to demonstrate what I’m capable of. I would like to express my gratitude to everyone who has helped me along the way.
Mchunu did not provide any further details about his departure from the show, which he had joined in 2019, when he was asked for a comment but he declined to do so. He would only say that he was busy with other things and that he couldn’t say what it was because he was working on it: “I’m working on something, but I can’t say what it is right now.”

After unsuccessful salary negotiations, there was a disagreement between Mchunu and the production team, according to reports from sources close to the show.

Since he was the main lead, he was the one who complained the most about his salary and the amount of work he had to do. Because they were unable to come to terms regarding his compensation, he made the decision to end his employment.
In response to Imbewu’s question, The Seed’s spokesperson Thapelo Ramatsui confirmed that Mchunu had left the show due to creative differences with GrapeVine Productions, which produces the show.

“He is not included in the show any longer. He had a dispute with the production department. “At this time, we do not have access to all of the information that is associated with what took place; however, we will communicate as soon as we do,” said Ramatsui.

According to a second source, the fact that Mchunu left the soap opera only two months after celebrated actor Muzi Mthabela and actress Phindile Gwala-Ngadu also left the show is evidence of an ongoing problem with the soap’s production.

“Everyone is leaving the show, and it’s not just the actors who are going. “People who do make-up are also leaving, and support staff, including administrative staff and people who handle media relations, have also left,” the source said.

Another cast member, actor Eugene Cele, who played the role of traditional healer Nkanyamba in the series and who also serves as the show’s publicist, has confirmed that he will not be returning to the series.

I left Durban because I needed some space from the scene there, and I moved back to Johannesburg after I did so. I simply desired to resume my previous life in this location.
The previous year, it was reported by City Press that Mthabela had abandoned her role in Imbewu: The Seed in order to take on a prominent part in Generations: The Legacy.

The actor, who is best known for his role as Duma in the now-canceled Mzansi Magic soapie Isibaya, allegedly made the decision to leave Imbewu: The Seed on his own accord because he was becoming increasingly frustrated with his Casanova role, which did not sit well with his personal life as a devoted Christian church member and a married man. Sources close to Mthabela alleged that the actor decided to leave Imbewu: The Seed because he

The producers of the show asked Gwala-Ngadu to step away from her role for a while.

Check Gorgeous Pictures of Miss Madlala from Uzalo
Skeem Saam: Here Is Why Pretty lied to Clement about spending her birthday with Lehasa
To Top