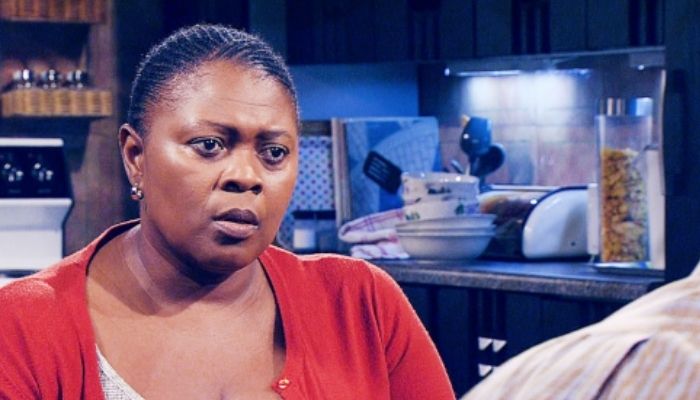 We bring you Scandal Teasers October 2021 for your viewing pleasure. Anytime you want some catch-up on your favorite South African Drama TV Shows Today SA Tv. Presenting you with what’s coming up on Scandal and Tv episodes free online streaming is what we do.

You may also Like: Fanie’s Death Shatters Skeem Saam Fans,Is He Dead or Alive?,Find out Here

The Soapie Teasers were initially provided by TVSA. This article was first published by them. This is what will be happening or What’s coming up on Scandal teasers October 2021:

Scandal is set at the fictional media company Nyathi Family Holdings (NFH) based in Newtown, Johannesburg, which produces the newspaper The Voice and the gossip magazine, Scandal. It follows the lives of the people and families working at NFH magazine as well as other characters in the show. It also tells the story of socioeconomic divides set in a local township of Soweto and the Johannesburg suburb Newtown, where NFH is based while looking at the private desires of the high-classes and making ends meet of the lower-class.

We have the latest ETV’s Scandal teasers for the Month of October 2021.

Coming up on Scandal! this October 2021:

Alcohol loosens a woman’s lips and secrets spill out. Bheseni arrives but his actions aren’t what anyone expected.

The Kubeka patriarch, Vukile, takes a great risk in order to tie up a loose end. Lindiwe walks a tight rope and almost slips.

Zenzele is shocked when he realises that they have a traitor in their midst. Lindiwe is desperate for a sign that her efforts were not for nothing. Lerumo looks forward to some privacy with Seipati. Dintle is determined to get to the truth of what happened the night Quinton died.

Zenzele sets up a trap but captures more than he bargained for. Omphile loses it when things get loud in the commune.

Life returns to normal for the Kubekas but then a surprise visit from an ex throws the family into disarray. Nhlamulo and Lindiwe have a bright future ahead of them but can just avoid the ghosts of the past?

A wife pressures her husband to compete for a position of power. Nhlamulo lies to protect a loved one.

From the mouth of a babe comes a shocking revelation. Is love enough to keep our young lovers together, when they seem to being pulled in directions?

A young witness points to the truth and a man is blackmailed into leaving his position. An old friend seems to know just how to push Nhlamulo’s buttons.

Dintle’s obsession is reignited but will it burn those around her? Zenzele’s operation hits a snag. Omphile’s plans put Nhlamulo and Lindiwe in a pickle.

Jojo throws a life line and Dintle makes sure she’s the catch of the day. Nhlamulo’s straight and narrow path is bumpier than expected.

Dintle sets her plans in motion and takes on dangerous task. Lindiwe does something that hurts her soul for the sake of her family healing.

Dintle’s plans hit a side swerve and Lindiwe finds out that not all is as it seems in her relationship. Rachel finds her new boss far more demanding than she can handle and Zenzele spins the truth to stay where he is.

A mother decides she’d rather not handle things on her own and hands her children over. Dudu’s shadow starts to encroach onto Jojo.

An over confident Zenzele gets a reality check at the first attempt at his depot side hustle. Dintle’s charms are put to the test when she comes face-to-face with Nomvula. Nhlamulo’s child-minder problem escalates.

Will Zenzele pull the wool over his brother’s eyes? Lindi connives behind her husband’s back.

Panic runs high as Zen steps in front of the camera. Tebello invites trouble into his home.

Suspicions are raised when a man notices a professional relationship is friendlier than it should be. Nhlamulo finds himself between the flame and frying pan as financial strains weaken his resolve.

Zenzele finds out a secret that rocks his world. Desperate Nhlamulo makes a radical decision and Tebello’s pushed into uncomfortable territory.

An affair opens the door to corruption for a son. The discovery of a lie threatens a marriage.

Lerumo loses something that no cop should lose and panic ensues. Dintle finds herself in a tight corner and must make personal sacrifices to get out. Lindiwe and Nhlamulo have their wings clipped by a stumbling block.

Nhlamulo stands his ground against an old friend, but is it a wise decision? Lerumo catches Lebo red-handed committing a crime.

Scandal! airs on e.tv Mondays to Fridays at 19h30.

Scandal! airs on e.tv Mondays to Fridays at 19h30.

On eof the main actors:Gcina Nkosi as Zinzi Nge

Nkosi joined Scandal in 2009 and has never looked back. Her role takes that of a respectful wife that never argues with the husband because his word is final, at least from the start of the program. She has however changed with time and can now speak and voice her opinion, even putting her foot down just in case she is not in agreement with things.

Continue Reading
You may also like...
Related Topics:Scandal, Soapie Teasers