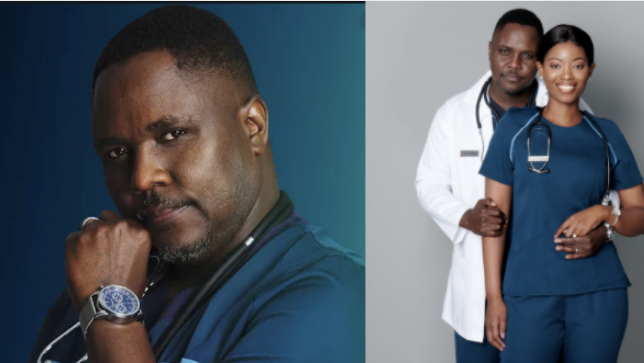 His real name is Mavuso Magabane and he plays Dr. Thabo Dlamini on Durban Gen, who is the Chief of Surgery. On the ETV drama series, he is married to Dr Precious Dlamini, but is a womanizer and has had extramarital sexual relations with a few of the nurses of the hospital. Thabo is a recovered alcoholic.

Meshack Mavuso Magabane (born 8 April 1977), is a South African actor and director. He is best known for his roles in the popular serials Heist, Isidingo, Yizo Yizo and Isithembiso .

He was born on 8 April 1977 in Johannesburg, South Africa and he is married and is a father of four children.

“Family is important and my family will always come first. Nothing should ever take that away. I leave work at work. When I get home, I put on my husband and father hat because I know those are the two roles I need to play better than the roles I play on TV,” he says.

Durban Gen is a South African medical drama telenovela. It is an e.tv original production produced by Stained Glass TV Production, commissioned and distributed by e.tv. It’s based in Durban and reflects on the struggles of doctors and nurses with their daily lives at Durban General Hospital.